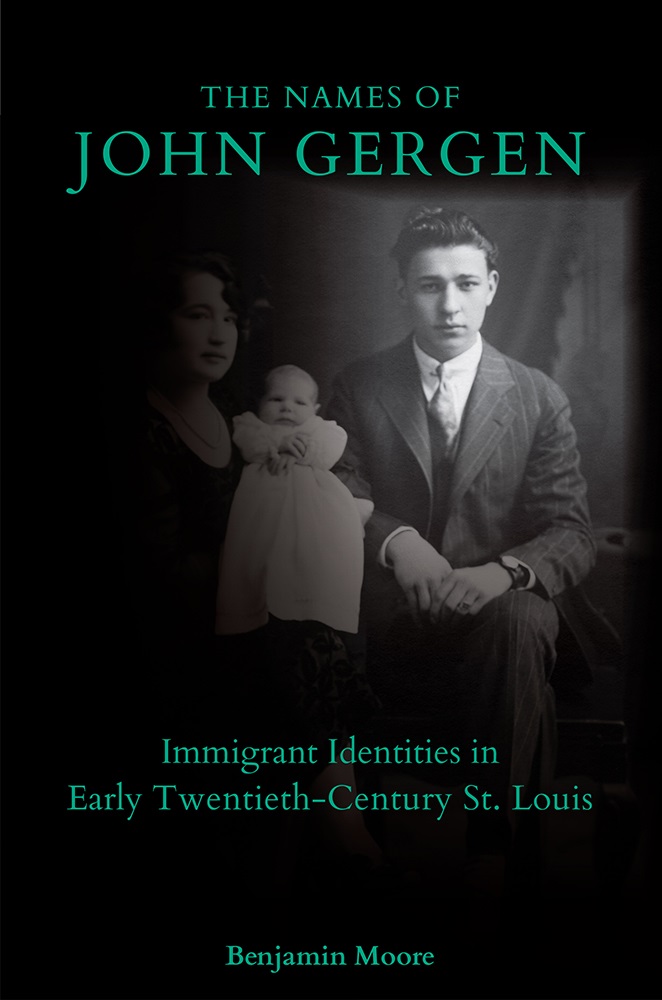 Rescued from the dumpster of a boarded-up house, the yellowing scraps of a young migrant's schoolwork provided Benjamin Moore with the jumping-off point for this study of migration, memory, and identity. Centering on the compelling story of its eponymous subject, The Names of John Gergen examines the converging governmental and institutional forces that affected the lives of migrants in the industrial neighborhoods of South St. Louis in the early twentieth century. These migrants were Banat Swabians from Torontál County in southern Hungary—they were Catholic, agrarian, and ethnically German.

Between 1900 and 1920, the St. Louis neighborhoods occupied by migrants were sites of efforts by civic authorities and social reformers to counter the perceived threat of foreignness by attempting to Americanize foreign-born residents. At the same time, these neighborhoods saw the strengthening of Banat Swabians' ethnic identities. Historically, scholars and laypeople have understood migrants in terms of their aspirations and transformations, especially their transformations into Americans. The experiences of John Gergen and his kin, however, suggest that identity at the level of the individual was both more fragmented and more fluid than twentieth-century historians have recognized, subject to a variety of forces that often pulled migrants in multiple directions.

TO REGISTER to attend this presentation, click the blue button below.  The presentation will be followed by a Q&A session. All are welcome.

Benjamin Moore is Professor Emeritus of English and Founder 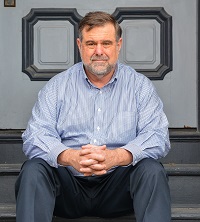 and former Director of the Bosnia Memory Project at Fontbonne University in St. Louis, where he has taught since 1994. Moore’s research into Banat Swabian immigration unfolded alongside his work with Bosnian survivors. In 2005, he found in a city dumpster schoolwork from the 1917-1918 school year produced by a nine-year-old Banat Swabian named John Gergen. The discovery sent him on a fifteen-year quest to uncover the identities and experiences of John Gergen and his kin. A portion of this research was previously published by the Missouri Historical Society as “Who Was John Gergen? Unravelling the Identity of an Early Twentieth-Century Immigrant” (2006), which received the Missouri Conference on History’s Best Article Award. Moore currently lives in St. Louis, Missouri, in the urban residential neighborhood of Benton Park, about a mile from where John Gergen grew up.