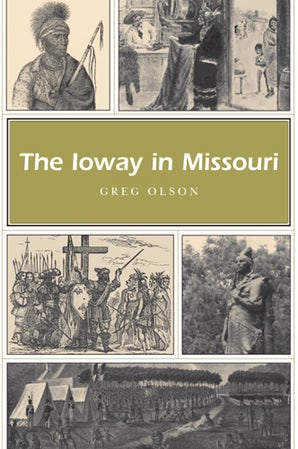 Book Talk with Greg Olson: The Ioway in Missouri

Though the Ioways were relative latecomers to present-day Missouri, their Oneota ancestors lived along the lower Missouri River prior to the arrival of Europeans. The decline of the Missouria people in the 1790s made room for the Ioways to move south into northern Missouri in the early 19th century. They remained there until the relinquished their claims to the land in a treaty with the U.S. in 1824. In 1836, they ceded their last claim to live in Missouri to the government and were forcibly removed to a reservation on the Kansas-Nebraska border. A portion of the Ioway Nation still lives in that location today.

Historian Greg Olson will talk about the Ioways origins, their culture and the role they played in the history of Missouri. He will also talk about the ways they have persevered and prospered as a people since leaving Missouri.

Greg Olson is an independent scholar living in Columbia, Missouri, who has been named a Center for Missouri Studies Fellow for 2020.

Olson is the author of six books about Native American history in Missouri. The Ioway in Missouri (2008), won the Missouri Humanities Council’s Governor’s Humanities Award for Distinguished Literary Achievement. His most recent book, Ioway Life: Reservation and Reform, 1837-1860 (2016) was named a Kansas Notable Book in 2017.